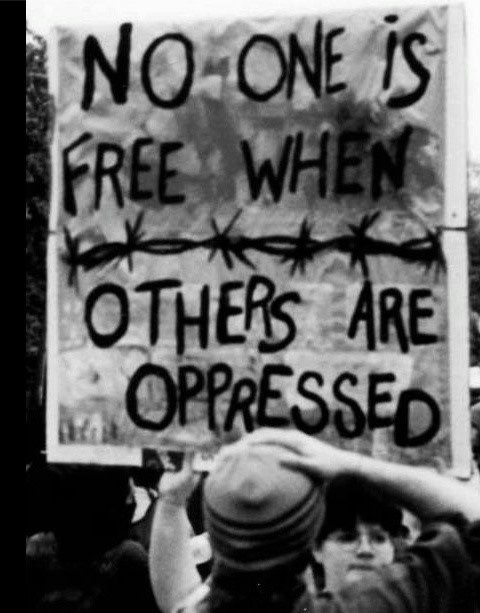 We don’t live in a post-facts world, nor should we want to. Human beings need to be recognised, in their states of precarity and oppression, as being human before we lose our humanity. But there’s also nothing so neat as truth, nor direct perception of the world “as it is.” Transhuman technologies are primed to challenge the very idea of authentic human experience and we’ve probably been posthuman all along, entangled with our tools and devices and riven by innumerable external forces. For the most part, when addressing the news, we should silence our philosophising and focus on what’s really happening to real people right now. But, on a longer timescale, what might a politically-useful posthumanism look like? What kind of questions might it ask? And what kind of ideas might we rally around?
Poster: 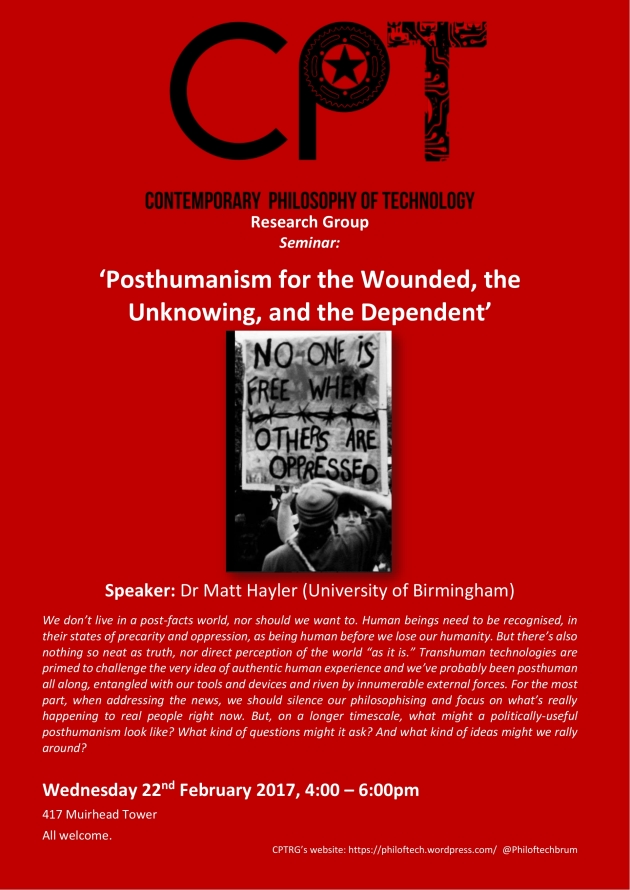 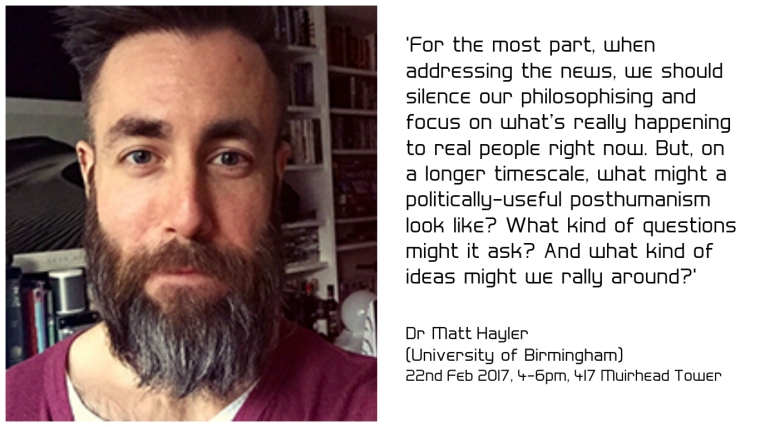 About Matt: ‘I’m a lecturer in post-1980 literature at the University of Birmingham interested in all forms of technology and their effects on their users, but I particularly focus on the history and future of reading technologies. I’m interested in the varieties of resistance to technologies, from their perceived “unnaturalness,” their keeping us away from a misremembered “real” world, to the belief that they might be doing us harm. I’m exploring how these forms of resistance can be traced back to people’s changing experience of encountering objects in the world, and as such I draw on various disciplines concerned with the effects of embodiment and materiality. My main research areas (roughly in order of interest): Digital Humanities; Cognitive and Neuroscience (particularly of how we read and how we interact with objects); (Post)phenomenology; Philosophy of Technology; Critical Theory; 20th and 21st century fiction and poetry (particularly experimental writing which plays with the materiality of the book); Object Oriented Ontology; Science and Technology Studies; Evolutionary Epistemology (particularly the embodied knowledge of organisms and artefacts).’

One thought on “Posthumanism for the Wounded, the Unknowing, and the Dependent”